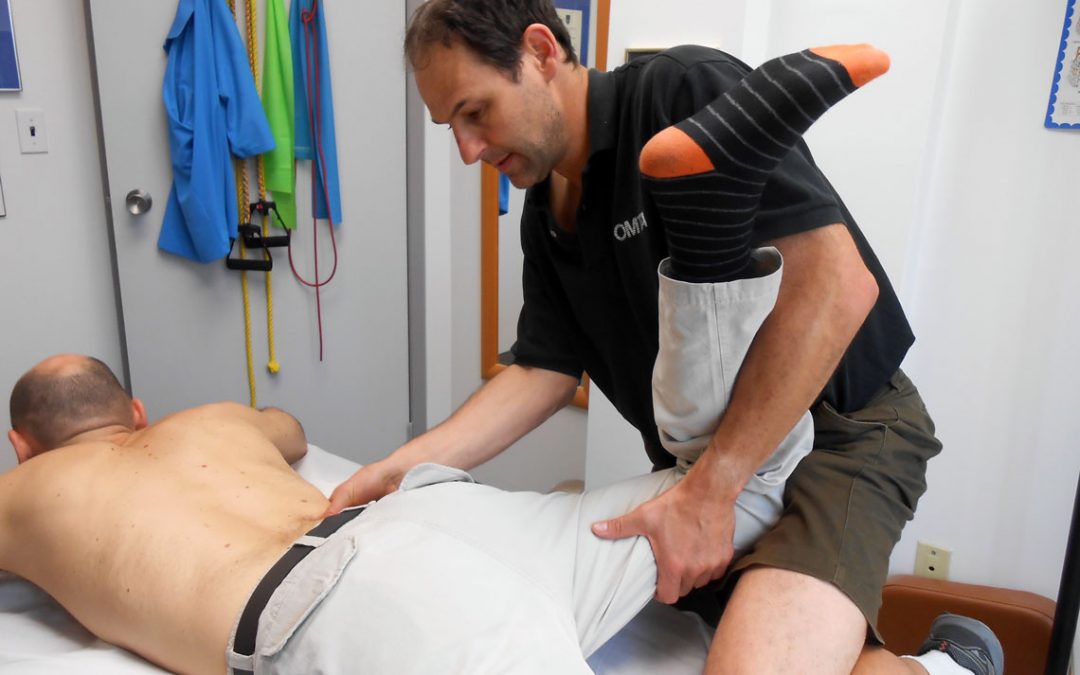 In recent years numerous therapists have blended their Athletic Therapy designation with that of Massage Therapy. Clearly there is wisdom in this since this combination is now far from unique.

I was the 5th therapist in Canada to blend the 2 professions, many others have since followed suite.

And for good reason.

For myself, having been an Athletic Therapist, I recognized early on as a student, that the hands of a Massage Therapist were an invaluable asset. Working at the World Indoor Track and Field Championships (Toronto, 1993) I was privy to the impressive work of the Canadian trained Massage Therapists who served the athletes side by side with the Athletic Therapists.  I was sold. For me, this combination of skills was without a doubt, a path to completion as a therapist.

This combination, back in the 90s, was rare. With only 4 predecessors, I could lay claim to being a much sought after professional.  As with the majority of like-minded therapists, Massage Therapy studies came after Athletic Therapy.  Athletic Therapy in Canada evolved from the mid-1960s. Save a handful of double designators, it remained an entity inhabited on its own until recent years. Apart from those few singletons (some of whom have since retired), the natural synergy with the professions had remained unrecognized.

For me it was the astounding hands of the RMT that piqued my interest. For the generation that followed, it was the billing advantages of Massage Therapy that drew them to double designation. With the ongoing transition of Athletic Therapy to a Regulated Health Care Profession, this may stem the flow for that reason. Detracting factors for further study are the additional years which delay a full income plus the generation of more student debt.

In terms of education, the professions are parallel in many ways but there are profound differences. In its crudest form, I describe Athletic Therapy as “The Knowledge” and Massage Therapy as “The Touch”.  Having said that, as professionals in both fields evolve in their journey with greater clinical experience and further professional development, the differences blur. There are RMTs and ATs whose knowledge and manual skills are beyond world class. For both professions, their respective education in Canada prepares them well for the journey in their own profession. Ultimately it depends on the clinician themselves on where that journey takes them. The destination may ultimately be the same.

We are fortunate that Canada has such a rigorous and thorough education system in these disciplines.

Both Massage and Athletic Therapy require knowledge of anatomy, physiology and orthopaedic assessment and both stress musculosketetal conditions. However Massage requires greater familiarity with pathologies that are typical of the non-athletic population I.e. Multiple Sclerosis, Bells Palsy etc. Though I am led to believe with the advent of a 4 year program, Athletic Therapy has evolved to include further discussion on these topics.

Athletic Therapists are supremely versed in terms of applied anatomy, bio-mechanics and how this marries with the cause of injury. Having said that, parallel health care practitioners have their respective focus and undisputed strengths, and I have a deep admiration for many colleagues and friends that I have had the privileged of working with who inhabit those domains. Massage Therapy makes touch a focus, far more so than other professions. This is a great advantage, especially given the appreciation patients have for touch rather than electrical modalities as part of the healing process. Also, many professional development courses are manual based which puts RMTs at an advantage.

Ultimately, including both professions has been an advantage for me in terms of clinical prowess and marketing myself as a professional. Clearly, wearing two hats is a vision shared by many. Colleagues have included Massage Therapy and Chiropractic combinations, others Physiotherapy and Athletic Therapy, while Athletic Therapy and Chiropractic co-designations also exist. Yet others have added Osteopathy to their RESUME. By the admission of many Osteopaths, education in that field is extremely unregulated with varying standards of education. Further exploration on this is beyond the scope of this discussion. Massage Therapy education is generally well standardized in the respective provinces, and is being made more so with the advent of the Canadian Massage Therapy Council for Accreditation and their efforts to accredit educational institutions across the country. [1] for Accreditation

The combination of professions clearly resonates with many. However, Massage and Athletic Therapy would seem to be the most popular.

While hands-on is the strength of RMT education, in terms of time it does detract from the academic theory and knowledge base mirrored in other professions. There is a trade off, and with the time constraints of education, there is naturally a particular focus in each profession. The foundation for all required skills is present with education in each respective calling, but evolution of the clinician largely occurs post-graduation.

Athletic Therapy programs are challenging to access. Competition is fierce which does enable schools to top-feed. Massage Therapy education is an open field. The proliferation of private institutions has resulted, given their business model, in a willingness (as much as they would like to top-feed) to accept a wider pool of students. Massage therapy education, particularly in Canada’s long standing well established institutions, is good and they do their utmost to educate their student body regardless of the students’ aptitudes, but ultimately the forces beyond the reach of the schools will determine the soon-to-be-practising, therapist’s success. I.e. the provincial examination process, market forces demanding quality therapists etc.

Athletic Therapy is a three to four year course taught exclusively at the University and Poly-technical College/University level. Hence standards are rigorously enforced. The existence of small massage therapy educational institutions, some of dubious quality, has plagued the Massage Therapy profession. As stated, the advent of the Canadian Massage Therapy Council for Accreditation would seem to be a mechanism for ensuring that this is not perpetuated. [1]

The Athletic Therapist and Massage Therapist may approach a clinical scenario from different standpoints. While their educational base is both orthopaedic, there is a natural shift to their respective strengths. Given a patient suffering from low back pain, the Athletic Therapist will detail the mechanism of injury, ascertain when possible, an actual injured structure, and ensure extensive remedial exercise. The Massage Therapist will focus on the actual tissue, its trigger points, areas of restriction and other nuances that will likely escape the scrutiny of other health care professionals. Arguably, experienced clinicians regardless of their background will blend all aspects. However, the influence of a professional’s education with its own strengths and peculiarities, will ultimately determine the approach taken in a given scenario.

None is absolutely correct, for there is no monopoly on knowledge. I am of the opinion that vocational knowledge and practical skill (as defined in this instance by bearing two professional designations), is accumulative rather than exclusionary. It adds to, rather than replaces. For this reason I am grateful for the journey I have taken as a Massage Therapist and Athletic Therapist.